Laksa Media is an award-winning Canadian publisher with a unique model. A portion of our net revenue from each project goes to a charitable organization, program, or event.

EUROPEAN ASTROBIOLOGY INSTITUTE presents LIFE BEYOND US: AN ORIGINAL ANTHOLOGY OF SF STORIES AND SCIENCE ESSAYS

Life Beyond Us: An Original Anthology of SF Stories and Science Essays is a joint partnership between European Astrobiology Institute (EAI) and Laksa Media Groups. The anthology will address strange new worlds here on Earth and beyond ours. Each story will be accompanied by a companion essay (written by scientists working on the origins of life, habitability and life detection) about the science behind the world that the authors have included in their stories.

The objective of the anthology is to inspire new generations to pursue STEM and STEAM (art included) careers, science communication or ‘merely’ an interest in them, and EAI will use the anthology in outreach activities at EAI summer schools and workshops.

From the award-winning Laksa Anthology Series comes the highly anticipated anthology, Seasons Between Us: Tales of Identities and Memories, of hopeful stories centering on: What is a life well-lived? What decisions will you make to have a meaningful life? What kind of stories will you leave behind?

Travel with twenty-three speculative fiction authors through the seasons of life to capture the memories, identities, and moments of stepping through the portal of change, as they cope with their own journeys of growing older. 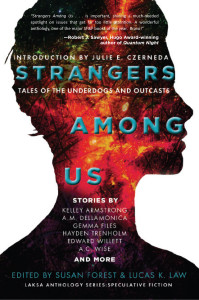 Our first fiction project in this series, Strangers Among Us: Tales of the Underdogs and Outcasts explores the delicate balance between mental health and mental illness. Recommended by Kirkus Reviews, Library Journal, School Library Journal, Quill & Quire, Locus, and Foreword Reviews. 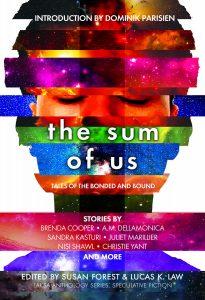 The second project in this ‘social causes’ series is The Sum of Us: Tales of the Bonded and Bound;  it captures the depth and breadth of caring and of giving and delves into the complex world of caregivers–sometimes it can be heartwarming or funny or sad or strange. Recommended by Publishers Weekly, Lightspeed magazine, and Tangent. Both projects benefit the Canadian Mental Health Association. 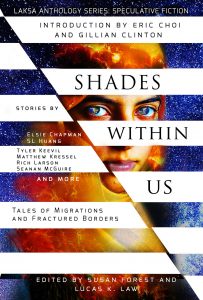 The third project in this ‘social causes’ series is Shades Within Us: Tales of Migrations and Fractured Borders; it looks at the displacement of the body, mind, and spirit caused by the relocations of those who choose or are forced to leave home and familiar places. Recommended by American Library Association (Booklist), Library Journal, School Library Journal, Locus, Foreword Reviews, and Speculating Canada. This project benefits Mood Disorders Association and Alex Community Food Centre. 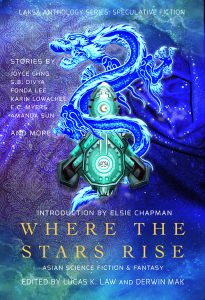 Another fiction project, Where the Stars Rise: Asian Science Fiction and Fantasy Stories, benefits Kids Help Phone.  This project explores identities, belonging, and choices–where we come from and where we are going–each trying to find a voice in history. Recommended by American Library Association (Booklist), Library Journal, Locus, SF Bluestocking, and Tangent.

The first book in this series is Bursts of Fire. Publishers Lunch Buzz Books 2019 selection

“An emotional story of familial love, tension, and mistrust among three sisters and three brothers . . . devastated by conquest and fanaticism. Forest employs the fantasy world as an allegory to address issues of religious intolerance, immigration, xenophobia, refugees, and mental illness; this gives the novel a timely feel . . . Readers who relish adventure mingled with a message will be engrossed in the plights of the two sets of siblings.”—Publishers Weekly

“Forest depicts strong female characters, with varying motivations and personalities adding plenty of action in daring raids, battles with war machines, and magical time walking, though equal attention is given to exploring relationships between the sisters and their allies.This exciting new series will have fantasy fans eagerly awaiting the next installment.”—Library Journal

“The first book in the Addicted to Heaven series promises an exciting political fantasy with realistic representation of mental illness and addiction and is sure to entertain fans of epic adventures.”—Booklist

The second book in this series is Flights of Marigold. Publishers Lunch Buzz Books 2020 selection

Flights of Marigold tells an epic tale of addictions, survival, revenge, and redemption of three magiel sisters hiding in an insignificant hinterland. Can they hold on to happiness, dreams, and sisterhood when desire becomes addiction?

“Forest skillfully uses her fantasy setting to spin a tale of addiction and familial loyalty.”—Publishers Weekly

“A definite twist to the fantasy genre is that while the logical consistency of the magic is there, the book (and series) is meant to focus on addiction and its many incarnations. It is an unusual subject choice for fantasy but one that is interesting, enjoyable, and relatable.”—Library Journal

“Though episodic and of epic length, the book still maintains its focus on the sisters and their goals above all else.”—Foreword Reviews